Clarabelle took comfort in that youngster, regularly hugging the baby to her stomach and sipping in his gurgles or his bubbling saliva. She watched her hands in relationship to his face. While she toyed with ideations of not supporting the baby’s head and spine, she, nonetheless, remained careful. Sometimes, though, Clarabelle left him in a wet diaper until Alex came home.

She smiled at the thought of Alex lifting up a sodden child. Such delays kept Alex from reaching for her and from adding one more bruise. Such deterrents did nothing, though, when the baby stayed asleep.

KJ Hannah Greenberg’s layered language has been published/accepted in an eclectic mix of dozens of venues worldwide, including: Australia ’s Language and Culture Magazine, and Antipodean SF, Israel ’s Mishpacha Magazine, The Jerusalem Post, and The Shiur Times, the UK ’s Morpheus Tales, The Mother Magazine, and Winamop, and the USA ’s AlienSkin Magazine, The American Journal of Semiotics, and The Externalist. KJ Hannah Greenberg is a former National Endowment for the Humanities scholar, the mother of adolescent sons and daughters, and the caretaker of an entire hibernaculum of imaginary hedgehogs. 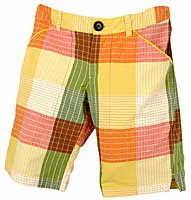